Further analysis shows that although there are four times the number of green hydrogen projects than blue, projected hydrogen capacity will largely be driven by the latter. This will be a key catalyst in the development of hydrogen and carbon capture and storage (CCS) clusters.

David Linden, Head of Energy Transition at Westwood says: “Although considerable offshore wind projects are developing in Northwest Europe, hydrogen projects are emerging at an unrivalled pace. The scale of blue hydrogen developments makes them a necessity to ensure 2030 regional targets are met – in fact, the current pipeline of announced capacity for UK projects would exceed targets if all achieved their planned start-up dates.”

Linden continues “This rate of change is representative of what we can expect as the energy transition gathers momentum. We are seeing increasing numbers of energy stakeholders diversifying their portfolios – and we are moving in-step. In doing so, we are able to support our clients to focus on what matters and better understand the growth of emerging energy sources, as well as the developing convergence of existing oil and gas and new energies for improved decision making.” 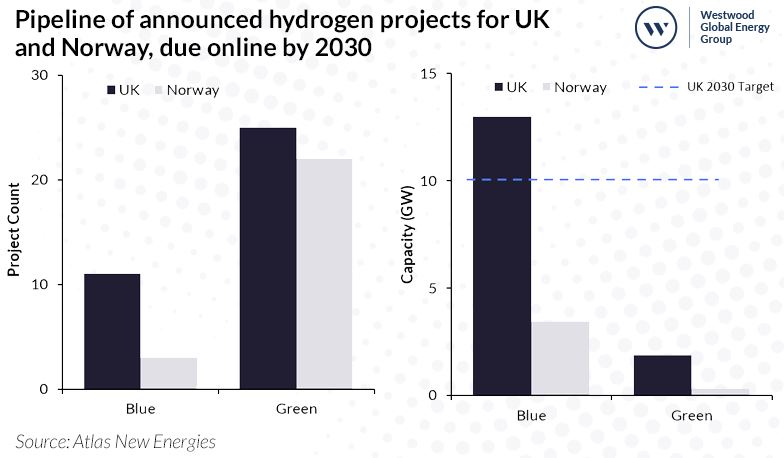